The buildings of Jasmine Preschool capture a place in the education history of Freemans Reach and, at least in part, are believed to be up to 100years old. In 1991/2 three older buildings where brought together in Linden Drive and transformed by the Bruce Family to create this unique place of rich heritage.

The vision for this special place was established from the outset:

This ethos remains part of the Preschool’s DNA. While the bushwalks are no longer possible, the paddocks and horses remain as an important backdrop to the day to day workings of the preschool.

Over 20 years on, the Preschool’s unique openness and ambience continue to envelop our community as we steadily seek to bring new experiences of our world to the children, grounded in traditional values of play and discovery.

The story of Jasmine commenced well before 1992. The three buildings which contribute to its character each have a story to tell from those much earlier years. This is evident as you walk through the preschool, and a glimpse into this history of one of those buildings provides a context to this character.

Freemans Reach School – a glimpse into the past From the earliest days of Freemans Reach, schooling has been important to the families of the area. Predominantly farming families, successive weeks of flood, drought and pestilence made life in the area in the mid 1800’s quite a bit more challenging than any time since. Yet, the steadfast commitment of those early farming families to support their children has been a hallmark of the community.

From as early as 1832 the community had rallied to complete the first Freemans Reach school building on the lower parts of Hibberts Lane, on land gifted by one of the local farmers. It was established by the community and operated by them on an adhoc basis as there was no government support or teacher available for its operation.

At that time the school was described as;

It was not until November 1866 that the Council for Education (government) gave the school its approval, with the first teacher not arriving until February 1867. Even still, the community funded the purchase of books for the school for the expected 50 children aged between 5 and 15.

Life and conditions in the early times were a bit rough for those early new comers to Freemans Reach. In 1867 the Hawkesbury flooded and the roof of the school was swept away. The school continued to operate (of sorts) out of a private house with the area subjected to three further floods before 1870.

Having seen 4 teachers come through the school in 6 years, in September 1872 the old school succumbed to the repeated flooding, white ants, falling attendances and various forms of “pestilences” such as whooping cough. 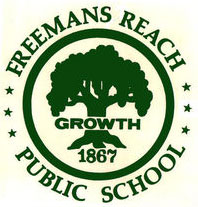 Located on higher ground a new site was selected for Freemans Reach Public School in Gorrick’s Lane, and the remnants of the galvanised wire fence remain clearly visible from the road today. Again, a member of the community gifted land, yet it took several more years for it to be transferred to the government to allow construction.

The new school opened in 1877 and by 1891, with attendances steadily rising, community fund raising made possible the addition of new classrooms and community buildings. Another adjoining acre was purchased in 1908 to facilitate the continuing expansion of the school on the Gorricks Lane site.

It is from this period that one of our buildings was constructed; relocated to Linden Drive after Freemans Reach Public School moved to its current site on Kurmond Road.

As you walk around the preschool, take note of this history as you will see everywhere the hallmarks of yesteryear which come together to give this place its special character and charm.